Ever since man tamed fire the burning of “stuff” has powered our lifestyle.

Early man burned wood to provide warmth or to cook food. Subsequently the burning of coal powered the steam engines that launched the industrial revolution. Oil and natural gas soon followed, and the burning of those substances powered machines of transport and energized the generators that create electricity. Ultimately man learned to burn powerful combinations of chemicals to propel the rockets that have taken us to the moon and beyond!

Without even considering the associated pollution and health costs, the burning of stuff gets expensive. There’s always the need to replenish the burned resource so the desired result (warmer home, lighting, transportation, etc.) can continue without disruption.

As stuff gets burned the cost to replace it historically increases. That’s why electric companies are always asking regulatory boards to increase the price they charge for the electricity they generate. Their cost of “stuff” continues to rise.

What if the price of generating electricity could steadily decrease? Skeptical?

Humans have a tendency to become skeptical whenever they’re asked to accept or understand developments that lead to monumental change. Napoleon Bonaparte illustrated that tendency when he was introduced to the idea of coal fired steam engines powering his ships instead of a sail – the standard of the time. His response was this:

“What, sir, would you make a ship sail against the wind and currents by lighting a bonfire under her deck? I pray you, excuse me, I have not the time to listen to such nonsense.” Napoleon Bonaparte

The Marriage of Technology and Nature

Alternative energy is energy that is already being created by the forces of nature (wind, solar, geothermal, hydro) that can be harvested through the application of technology and is an alternative to burning stuff! Here’s the point which skeptics can’t accept – it is the nature of technology to get cheaper as time goes on!

“the cost per gigabyte of data storage provided by a USB flash drive has fallen from more than $8,000 when they were first introduced about ten years ago, to 94 cents today.” Mark J. Perry

A recent Bloomberg article illustrated the plummeting price of solar technology using this rather dramatic illustration: 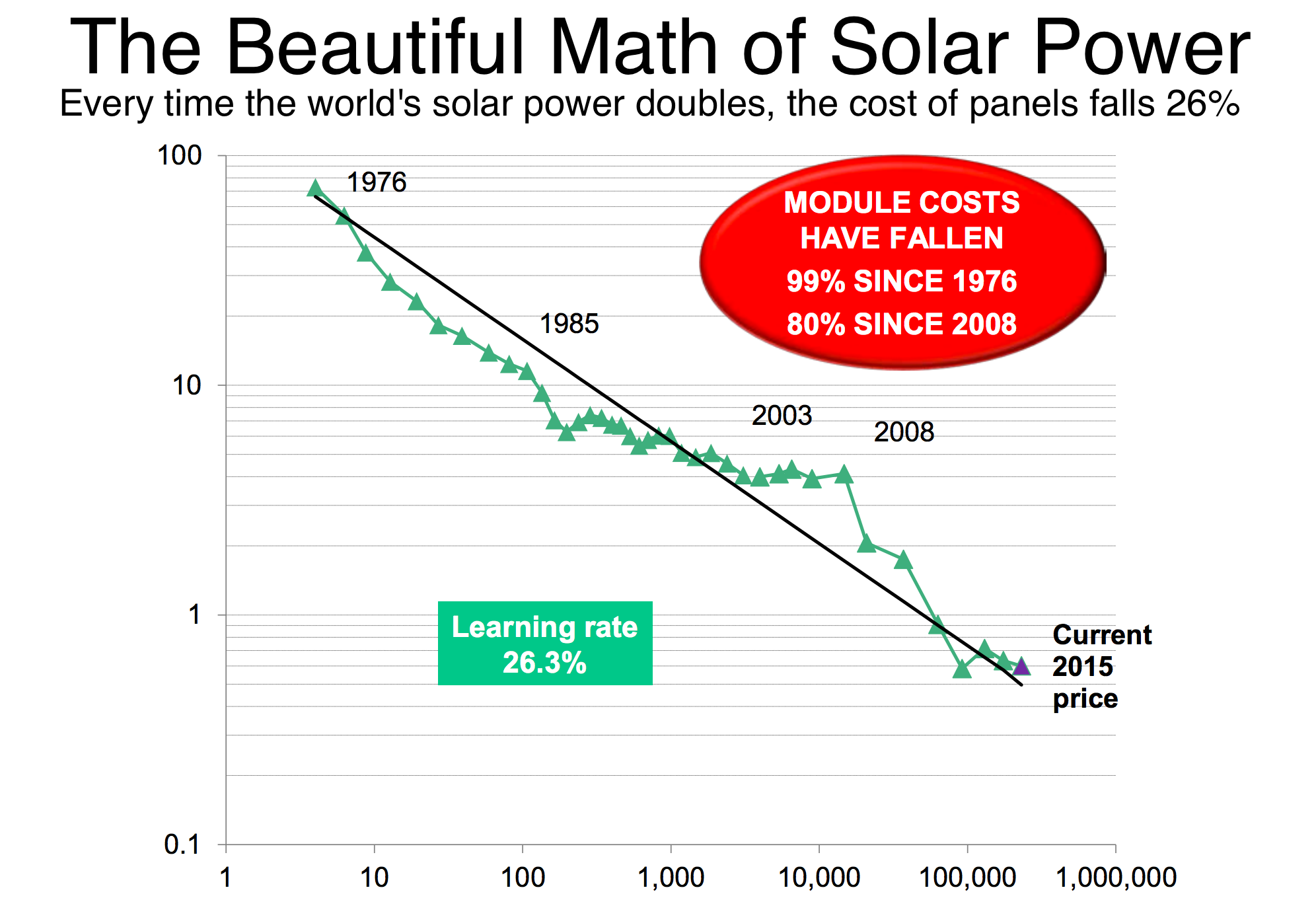 Freedom From the Rising Cost of Energy

Due to the marriage of technology with alternative energy it is now possible to shake off the accepted standard of steadily rising energy costs. Business owners now have a variety of options when it comes to where they get their energy and how much they will pay for it. Another plus for businesses is that alternative energy tends to have predictable costs which  prevents the sudden reduction of profit associated with unexpected increases in the cost of energy.

All of a sudden, though, we are now entering a phase in human history where we can go beyond fire. Phase 2 of civilization (in an energy sense) is now beginning. Zachary Shahan 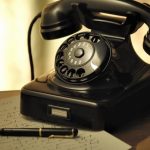 It is often only in hindsight where we really understand those monumental shifts that take place in society. A recent example is the phone which was formerly a fixture at work or home so we could communicate at a distance. The massive shift is that our phones are now a powerful device that we carry with us everywhere and they replace a multitude of devices we used to need to be productive!

By all standards we have entered a whole new phase in the generation of energy. We are moving beyond the era of burning stuff to a new age of harvesting alternative and renewable energy! This is going to get very exciting if only we don’t listen to the skeptics, like Napoleon, who can’t begin to imagine a whole new way of accessing energy! (add picture of old phone)

See Also: 10 Questions to Ask Before an Energy Efficiency Upgrade