Cognitive function is a term used to describe human performance by analyzing your ability to remember, perceive, reason and think! It’s the foundation of your creativity as well as your productivity!

A new study led by Harvard’s environmental health researcher Joseph Allen and recently reported on by the Washington Post compared the cognitive function of two groups of people. The first group worked in the conventional work environment while the second group worked in a “green” environment. 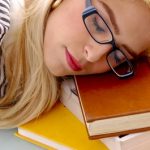 The level of Carbon Dioxide (CO2), Volatile Organic Compounds (VOC’s) and air exchanges were manipulated and measured in the respective environments and then mental testing was done on the inhabitants of those spaces. The outcome won’t surprise anyone who’s had a hard time keeping their eyes open while working at a desk in a poorly ventilated space. If the air you breathe is clean and replenished regularly with fresh oxygen rich air, your cognitive skills are greatly improved over those that breathe stale air polluted with high levels of CO2 and VOC’s! The indoor air quality was found to be directly related to overall health and productivity!

According to the U.S. Energy Information Administration almost half of all commercial buildings in the United States were constructed before 1980! These older buildings often reflect the “conventional work environment” that was evaluated in the study. The buildings were constructed during a time when energy was cheap and indoor air quality was barely on the radar.

Renovation of older buildings represents a significant opportunity to save energy while at the same time improving the productivity of those that live and work within the space. While the process of converting an older building into a “green” building is primarily focused on energy efficiency the indoor air quality is also of prime importance. One of the frequent unintended benefits of energy efficient renovations is the improved health and productivity of those people living and working within the space.

Here is how the study detailed those benefits:

“Cognitive function scores were significantly better in Green+ building conditions compared to the conventional building conditions for all nine functional domains. These findings have wide ranging implications because this study was designed to reflect conditions that are commonly encountered every day in many indoor environments.”

According to EAGM’s CEO, Scott Ringlein, the personal stories that surface following client energy efficiency renovations almost always reflect the improvement of the indoor environment. A brief list would include increased health, better productivity, less stress, improved concentration, more comfort, less noise, etc. Often the older technologies associated with the “conventional work environment” are noisy, smelly, hum, flicker, run too much, are too dim, break down or are just plain annoying. One renovation customer illustrated exactly what the study found when they noted: “I don’t feel like I’m working in a fog anymore!”

“Because this study was designed to reflect indoor environments encountered by large numbers of people every day, these findings have far ranging implications for worker productivity, student learning, and safety.” Harvard T.H. Chan, School of Public Health

This is yet another study that shows the direct relationship between work environment and productivity. When the air is clean, the lighting good, the noise diminished, and the indoor environment is comfortable and inviting, productivity increases! When you add the energy and cost savings of Green buildings – it is truly a winning combination.

The Energy Alliance Group of Michigan works with businesses and building owners desiring increased profitability and environmentally friendly facilities through energy efficiency. That process often includes a reduction in energy use as well as an increase in renewable energy production and begins HERE!