There’s a new term for the growing trend of people showing up to work while sick – it’s being called presenteeism and it’s the counterpart of absenteeism.

A recent Huffington Post article detailed the extent of this trend by noting 90% of employees had reported to work while sick based on one company survey. The following quote measures the cost of lost productivity and the spreading sickness caused by this trend:

“According to various studies, the total cost of presenteeism to U.S. employers falls anywhere between $150 billion to $250 billion each year, and those costs are on the rise as presenteeism becomes more frequent in tight economic times.” The Cost of Presenteeism – Coming to Work Sick.

One of The Energy Alliance Group’s healthcare products is an ultraviolet airborne disease sterilizer. It is typically considered for settings where lots of sick people come together. This can include hospitals, senior care facilities or primary healthcare offices. 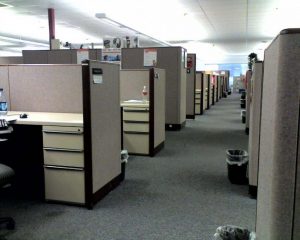 We were recently surprised when our product was sought out by a company whose employees all worked in one large room which contained many cubicles. As you can  imagine everyone is breathing the same air in this type of environment. The company’s chief concern was keeping their employees healthy by preventing the spread of disease amongst coworkers!

Most people can understand the problems presenteeism creates in environments where healthcare or food services take place. When office environments begin to consider installing the same level of infectious control that you would see in a hospital setting, it’s time to take a close look at how this trend is affecting you and your coworkers.

“Presenteeism” occurs when an employee goes to work despite a medical illness that will prevent him or her from fully functioning at work. Presenteeism: A Public Health Hazard