Last week Scott Ringlein, CEO of The Energy Alliance Group of Michigan, recorded a webcast detailing how to eliminate client concerns about the payback period* when renovation projects are being proposed. The payback period is one of the most common hurdles preventing renovation and upgrade projects from moving forward.

During the webcast Ringlein made a comment that should be understood by business financial decision makers as well as owners of commercial real estate.

The webcast was made at the request of an architectural and design firm to help train their project teams on securing more renovation projects. Often a client’s stated payback period creates a hurdle preventing comprehensive renovation projects from ever being considered. That hurdle eliminates many desperately need upgrades from ever being addressed. It also prevents architects from incorporating cutting-edge technologies in their project designs. They know the payback target is greater than most company finance teams demand.

If the hurdle of the payback period could be eliminated – more projects would launch!

The payback period of a project is the length of time it takes a company to repay the initial capital invested in upgrades or renovations. Most companies need to have their cash replenished in a short period of time so it can fund operations or other investments. If the payback period could be achieved in a very short time, more projects would launch. If the payback period is too long, having cash in hand becomes more important than any longer term gains. A long payback period causes companies and property owners to just make do with what they have, even though upgrades may be long overdue.

Ringlein’s comment during the webcast was simply this: “our goal is to launch upgrade projects and system renovations without using any of the client’s own money and create positive cash flow from day one!”

Why is that important?

Because it eliminates the need to consider the payback period! If there’s no money being invested by a client – the payback period becomes irrelevant. In addition, if no money is being invested by the client and the project creates immediate positive cash flow, it becomes really easy to say yes to proposed upgrades. In fact saying no in that situation makes doing nothing more expensive!

Doing nothing maintains the continued expensive waste that is associated with outdated infrastructure and technology. A business can frequently be more profitable by launching an energy efficiency upgrade versus maintaining the status quo.

Almost every company owner, facility manager or commercial real estate developer has a long list of upgrades they would like addressed. For example, a recent EAG client wanted to fix a leaky roof, update old interior and exterior lighting and replace the ancient boiler system. They had not taken any action on that list because of the payback period hurdle. No individual contractor had been able to meet their payback period requirement so nothing was being done while the roof continues to leak, the heating system limps along with ongoing repairs and the building’s occupants put up with an uncomfortable environment.

The client reached out to EAG when they learned that it could be possible to fund the upgrades without using any of their own capital. And, it could be financed over an extended period of time at a fixed interest rate while immediately improving their cash flow! 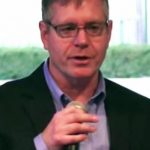 “..we attempt to complete all client projects without using any of their cash. If their cash is not used when funding a project, there is no need to consider the payback period. Comprehensive projects, which make dramatic energy savings possible, can then launch successfully.” Scott Ringlein

Not using any of the client’s cash is possible through a combination of utility rebates, tax incentives, energy specific financing, power purchase agreements and EAG alliance partner solutions. As expected, that combination varies depending on the demands of each individual project.

Ringlein’s Eliminating the Payback Period webcast is going through the final edits. The staff of the architectural firm is looking forward to using the information to secure more projects of a comprehensive nature, and make it possible to create dramatic outcomes for their clients. Once the team understands how to explain the strategy of eliminating the payback period, it will be easier for designers to focus on fulfilling client needs by creating the outcomes they desire. A big win for everyone involved!