“Nothing is less productive than to make more efficient what should not be done at all.” Peter Drucker

Curt Monhart was sitting across the desk from an organization’s facility manager discussing a thick folder lying open between them.

Monhart, Vice President of the Energy Alliance Group of Michigan (EAG), was listening as the manager explained the situation that had created the rather cumbersome document. An energy audit had been commissioned by the CFO several years earlier in an attempt to rein in rising energy costs. The document resulted from an in-depth onsite analysis of the operation and had been presented at the conclusion of the audit.

The report described in detail the amount of energy used by the company, the sources of wasted energy, the number and style of fixtures and equipment, the available technologies to eliminate waste, and finally – specific recommendations that would make the energy intensive operation less energy dependent and less susceptible to rising costs.

The document, while being very thorough and professionally compiled, had left out an important answer to a question the CFO would need answered if he were to move forward with the report’s recommendations. That question was “how can the upgrades be funded to meet our company’s available capital and financial performance objectives?”

Because the question of funding the project had not been answered, the report, which represented significant man-hours and expense, had become an expensive paperweight. And, although it presented useful information regarding the company’s energy use, in the end it was, for all intents and purposes, a waste of money.

The problem with the audit was that it did not result in a viable plan of action. When no action is taken, energy audits are an expense that should not have been incurred.

In the early days of EAG all projects began with a comprehensive audit. While audits are a very useful tool for determining a course of action, they don’t necessarily have to be the first step. In many cases they are the wrong first step as illustrated by the manager’s audit now gathering dust. 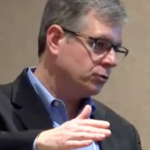 During a debriefing session for a recently completed project, EAG’s CEO Scott Ringlein reviewed the company’s alternative to performing an energy audit as the initial step. He discussed the Project Financing Assessment as the most efficient way to begin the decision making process that leads to successful projects.

The assessment requires gathering a proprietary list of data points, along with supporting information, that results in the creation of potential financing options the project could be eligible for. It also creates a ballpark figure of how much money a project would likely qualify for based on the property’s valuation and the amount of owner equity, as well as the financial performance of the company.  With that information in hand, setting a realistic scope for the proposed project is then determined and a course of action clearly defined. The Project Financing Assessment eliminates unnecessary steps on behalf of either party.

During the same meeting Ringlein illustrated by example what can happen when the Project Financing Assessment is not performed first.

He described a case where the client had completed all the necessary steps needed to initiate a proposed project including a detailed audit. Significant man hours were expended in reaching this step. When the manager of the funding source reviewed the proposal the following comment was made “are you aware this company has liens on it that are greater than the value of the property. We can’t touch this!”

Ringlein noted that for the sake of efficiency, the liens should have been determined before any other work was performed. The project was a non-starter from the beginning because of the size of the existing debt. He stressed that efficiency does not just relate to energy, it also relates to processes. Ringlein’s debrief was performed with the intention of making the process that creates successful projects as efficient as possible.

His vision for process efficiency requires that the very first step completed on a project is answering the question about funding options that meet a company’s specific financial guidelines. When there are multiple options for financing projects, the decision making process is far more likely to move forward and action is readily taken.

Energy audits are a waste of money when they only gather information that doesn’t result in action. To take action the question of how to fund projects is often the most important step in the energy efficiency process. Once that question has been answered, and the sources and amount of available funds are determined, taking action is almost a foregone conclusion.

“New methods of energy specific financing along with rebates, incentives and grants are just some of the finance options which should be considered to make building efficiency upgrades possible.” Scott Ringlein, EAG CEO