The EAG team heads into New Center Stamping Inc. to study current energy technology and use to create a plan for new energy efficiency technology, saving energy and money.

What could be done to make a 90-year-old, 220,000 square-foot manufacturing facility more energy efficient? Could the money saved on energy be used to pay for the new technologies and building improvements that drive energy use reduction?

These questions will be answered for Detroit’s New Center Stamping Inc., operating in a former Fisher Body plant, located on Milwaukee Avenue just north of the I-75 and I-94 interchange.

EAG is also working with Levin Energy Partners and PACE Equity to qualify the project for Property Assessed Clean Energy (PACE) financing. With PACE financing, the energy and maintenance savings must offset 100% of the PACE loan that is repaid through a voluntary property tax special assessment over a period of up to 20 years.

“This opportunity is really interesting and has a great story and history behind it,” said Scott Ringlein, CEO of The Energy Alliance Group of North America. It was built by the Fisher brothers as Fisher Body Plant #23 between 1922 and 1923 and operated as a General Motors Fisher Body plant until 1982.

In 1989, it was purchased by Greg Smith, who was actually interested in the auto parts stamping equipment in the plant, not the plant itself. However, once he saw the equipment and the facility, it made more sense to move his operation to Detroit, rather than move the massive equipment.

Since then, New Center Stamping has supplied Chrysler, Ford, and General Motors with past model sheet metal replacement parts including but not limited to fenders, hoods, doors and deck lids. “If you ever crashed your Ford, GM, or Chrysler vehicle and needed a new body part for it, these folks probably made it,” Ringlein said. 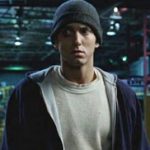 Eminem in the plant for 8 Mile film.

Another interesting note: New Center Stamping was the backdrop for the filming of the movie “8 Mile,” starring Detroit rapper and entertainer Eminem (Marshall Mathers), who spent part of his youth in that area of Detroit.

According to Ringlein, EAG likes to take a “big picture and holistic” approach to energy savings and energy generation/renewables like solar, wind, or geo-thermal. “Often, a building owner can save so much money through one improvement, like lighting, it makes it easier to justify making other improvements the owner may not have considered, like high speed doors, energy management systems, or highly efficient compressed air systems,” he said.

“We like to look at everything over a long-term period, so the owner can see just how much money can be saved, how much less energy will be used, and what the future maintenance costs will be, compared to the current technologies and their operational costs,” he added.

To develop this analysis, EAG works hand-in-hand with the client to understand every aspect of the operational perimeters of the business. “From the roof to the basement, we want to identify every point of energy, water, and waste use and utilize it to develop an opportunity matrix and energy efficiency improvement plan,” Ringlein stated.

EAG’s comprehensive plan is based on a 20-year life cycle cost analysis that includes the cost and savings for energy, maintenance, and end-of-life replacement for both the current and proposed technologies. “We also look for any incentive, rebate, tax credit, or tax strategy that the client will qualify for, while identifying financing options and preparing the necessary documents to secure those options that they qualify for,” he said.

Because New Center Stamping is operating in such a massive building and has some immediate energy efficiency improvement needs, EAG will be developing a two-phase project. Phase I will focus on the facility’s heating system, building envelope, lighting, and power infrastructure. EAG will also be developing proposals for the replacement of the current compressed air system and an alternative “Direct Air” purchase agreement.

Once the Phase I proposal is approved by New Stamping Center, EAG will begin work on Phase II of the project which could also include additional improvements to the building envelope, office lighting and HVAC, process improvements and solar.

“Naturally, we’d like New Center to make all the improvements we recommend, and it’s our job to show them that it’s not only feasible, but profitable to their organization as well,” Ringlein said. “That’s always our goal.”

The Energy Alliance Group of Michigan works with businesses and commercial building owners desiring increased profitability and environmentally friendly facilities through energy efficiency. That process often includes a reduction in energy use as well as an increase in renewable energy production.