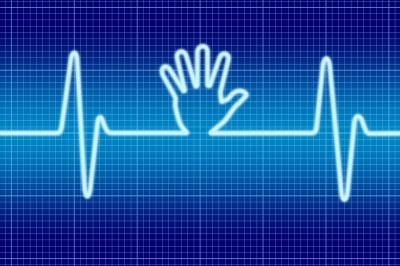 Image courtesy of Keerati at FreeDigitalPhotos.net

“We are approaching a cliff. If we don’t take steps to slow or stop drug resistance, we will fall back to a time when simple infections killed people. We are asking everyone who uses antibiotics, especially healthcare providers, healthcare leaders, the agriculture industry, manufacturers, policy makers, and patients to step up to this threat and fully engage with us to stop it.” Michael Bell, M.D. , deputy director of CDC’s Division of Healthcare Quality Promotion. 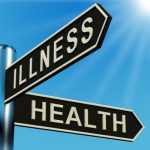 A colleague described a recent visit to a doctor’s office.

In the busy waiting room were two signs. One of the signs directed the sick visitors to chairs at the far end of the room. In that area were people blowing their noses, coughing, sneezing and under the evident effects of some bug or germ that had taken hold.

At the other end of the room was a sign noting the seats reserved for well patient visitors. In these seats were the healthy people waiting to get an exam or simply a follow up visit.

His point in telling the story was this – he didn’t see how having people simply sitting at opposite ends of a room made any difference! His point was:

“they were all breathing the same air!”

Supporting his concern is an article published at Infection Control Today. The topic of the article was the risk of airborne spread disease. Here’s a quote regarding the flu virus influenza:

Not only are the healthcare providers at risk but everyone in the vicinity of infected people risks contamination!

Here’s the root of the problem as detailed in an article titled:  Superbugs Ride Air Currents Around Hospital Units:

“Hospital superbugs can float on air currents and contaminate surfaces far from infected patients’ beds, according to University of Leeds researchers. The results of the study, which was funded by the Engineering and Physical Sciences Research Council (EPSRC), may explain why, despite strict cleaning regimes and hygiene controls, some hospitals still struggle to prevent bacteria moving from patient to patient.”

While the Center for Disease Control promotes less dependence on antibiotics, The Energy Alliance Group has discovered a new solution to control the airborne spread of disease.

A newly developed ceiling mounted light fixture contains an invisible ultraviolet light chamber that eliminates airborne germs. Room air is drawn into the chamber where it comes into contact with a powerful ultraviolet light. Ultraviolet light destroys better than 99% of any airborne pathogens and the pathogen free air is then returned to the room. This process takes place continuously and cleanses the entire room air an average of four times per hour!

The light has been dubbed the Arcalux Health Risk Management System and it is available for testing in Health Care facilities throughout the U.S. and Canada. If you would like to be considered for becoming a test site click HERE and enter “Ultraviolet Test Site” in the Message box?

New technology can make places where sick people gather safer without using toxic chemicals or excessive use of antibiotics!