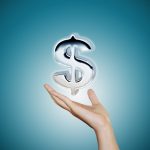 The British bicycling team used a strategy known as marginal gains to win the 2012 Tour de France as well as dominate the 2012 Olympics. That strategy involved looking at all the tiny ways a rider’s performance could be improved instead of focusing on simply one or two big improvements. According to ... END_OF_DOCUMENT_TOKEN_TO_BE_REPLACED