“We’re in desperate need of a new roof, windows, lighting and modern HVAC!” Building owner upon learning about PACE 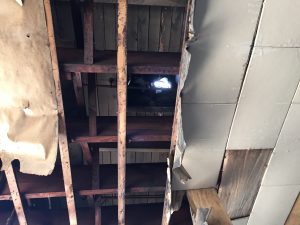 Daylight was shining onto the floor through holes in the walls, roof and windows. Machine operators struggled to work in poorly lit work areas because lighting fixtures were mounted at what seemed a great distance from the work space. Exterior lights remained on all day long as a result of poor maintenance and lack of a control system.

While some of the pictures we took would lead you to believe it was an abandoned building, the facility EAG was presently touring had actually been in continuous operation since the early 30s! The need to expand production had taken precedence over maintenance and various sections of the facility had become largely ignored while more pressing areas of production had received a majority of the resources. The holes in the walls and windows were just a few examples of the many problems the ownership was interested in fixing!

A team from EAG was touring this iconic manufacturing plant that had served as a backdrop for the movie 8 Mile. An expansion of the facility was presently underway but because of existing code issues, the owner of the building was now under pressure to resolve the issues before a Certificate of Occupancy would be issued for the expansion. 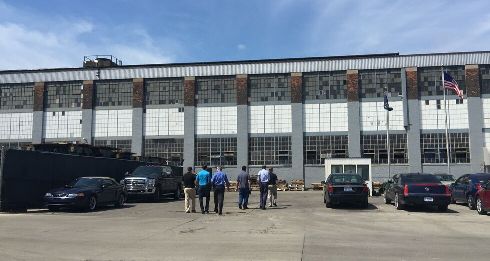 While meandering through the massive facility, the need for energy efficiency became glaring. The building is literally bleeding energy from a lack of insulation, ancient and broken windows, inefficient lighting, outdated heating systems and antiquated cargo doors that let in blasts of cold air during the winter and release a large volume of heat during their extremely slow cycle of operation.

Using the unique opportunity created by Property Assessed Clean Energy (PACE), the goal is to facilitate a comprehensive energy efficiency upgrade of multiple systems within the facility including lighting, HVAC, insulation, overhead doors, compressed air, skylights, control systems and possibly solar. This is going to be a BIG project!

Our tour of this interesting facility would not have taken place without the availability of the financing program known as PACE. Many of this country’s older commercial buildings have maintained an outdated status quo of wasting energy due to the significant financial barrier of the upfront expense of upgrades. When property owners learn about PACE, it becomes a powerful tool that propels facility upgrades and overcomes the financial barriers that have stopped projects in the past! 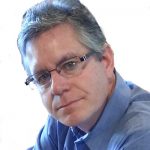 Our CEO recently asked a client “So what’s stopping you from upgrading your facility? If you could eliminate the upfront costs and stop wasting money on unnecessary energy, and keep a positive cash flow, what upgrades would you need the most?”

The best answer to that question was expressed by the building owner quoted at the beginning of this article. When the light went on in his head regarding what is possible with PACE, all those projects that had been put on hold for so long now became possible. That is the true power of Property Assessed Clean Energy!

If you would like to learn more about the power of PACE financing, and how it can help with energy efficiency, Scott Ringlein, CEO of The Energy Alliance Group of Michigan, has created a webcast with a focus on funding facility upgrades. The webcast details the top 10 benefits when utilizing a PACE strategy. The content of the webcast will be useful to anyone interested in sustainability, energy efficiency, energy efficient technology sales or reducing energy expenses. You can go HERE to learn more.