Curt Monhart was talking with an affordable housing developer who will soon launch a multi-family housing project. The developer wants to maximize the energy efficiency of the building to minimize the cost of living in the facility. The developer asked Monhart the question “what are all the energy saving options we can use at this property?”

The developer requested the meeting following the announcement by the City of Grand Rapids about the newly enacted Property Assessed Clean Energy financing option. Less than a week after the city officially approved PACE the developer was ready to put the energy specific financing into action to meet the sustainability goals of his project.

“This is a way for individual investors and businesses to help us reduce our carbon footprint…It is totally in line with our sustainability plan.” Eric DeLong, Grand Rapids deputy city manager

Recognized by Fast Company in 2008 as America’s Greenest City, Grand Rapids, Michigan continues to ramp up support for businesses, property owners and organizations that are committed to long term sustainability within the city.

Recently elected mayor Rosalynn Bliss has a passion for sustainable development and was a driving force behind the passage of PACE. Following the unanimous vote for PACE Mayor Bliss commented “why did it take us so long to get here?”

While the county in which Grand Rapids resides has been aware of the program for over three years,  a classic chicken or the egg dynamic resulted in zero action. County officials described little public interest in PACE as their reason for not moving the initiative forward. The reality was those most inclined to use the rapidly expanding program had little interest in learning about a mechanism that was not yet approved or available.

As an alternative, Mayor Bliss took the approach “build it and they will come” and was instrumental in passing PACE last week. Once it was approved interest has skyrocketed!

In less than one week since the passage of PACE, EAG’s V.P. Curt Monhart has already held multiple meetings with developers interested in implementing a PACE strategy!

“I am pleased that my colleagues on the City Commission joined me in approving a PACE program. PACE provides a critical tool for property owners. It is an exciting step toward our sustainability goals and is a tremendous boost to the Grand Rapids 2030 District.” Grand Rapids Mayor Rosalynn Bliss 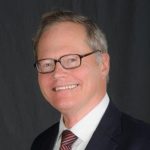 In his announcement regarding the passage of PACE Monhart described the newly available program in this way:

PACE is an innovative funding mechanism specifically designed for energy efficiency, water conservation and renewable energy projects in the commercial, industrial, multi-family and non-profit sectors. It offers a number of key benefits versus traditional funding options and answers a common question for these projects: ‘how do we pay for it?’

Although the funding question is a key issue on most projects, it’s especially critical for those projects that have an energy efficiency component such as those set forth in Grand Rapids’ decision to become a 2030 district. The goals of GR2030 are:

EAG’s President Scott Ringlein applauded the 2030 goals that go beyond only existing buildings. Even new buildings, constructed to today’s accepted building codes, are often equipped with technologies that are extremely inefficient. PACE makes it affordable to incorporate the most efficient equipment that will help meet the GR2030 goals.

As Ringlein noted “PACE insures that our buildings are being built with energy efficiency and long term preventive maintenance in mind.”

“Many states still allow for the installation of some very inefficient and expensive-to-maintain technologies in their new construction.” Scott Ringlein EAG President

With the implementation of PACE in Grand Rapids the surrounding cities of East Grand Rapids, Grandville, Kentwood and Walker are also considering making PACE available. It is just one more tool for launching an ever growing number of “green building” projects.