Only two tenths of one percent of the nation’s growing demand for solar energy is being generated within the state of Michigan. The state’s slow adoption of solar energy will hopefully speed up thanks to an innovative program designed to simplify the conversion to renewable energy.

The program, known as Solarize Michigan, was created by the Institute for Energy Innovation. Stephen Wooden, the program director for the Institute, noted the goal of Solarize Michigan is to “accelerate residential and small commercial solar deployment”. The program received a huge boost recently with the passage of a unique energy financing program in Midland County which eliminates the need for upfront capital.

According to Wooden, Solarize Michigan is currently only being offered in the three counties of Bay, Midland and Saginaw and will develop a base of knowledge that will be used to prime the market in what has become the center of solar manufacturing in Michigan.

Wooden reflected on the recent passage of Property Assessed Clean Energy in Midland County as a tool for converting to renewable energy. Known by the acronym PACE, the financing program is geared towards energy efficiency, renewable energy and water conservation. Here is how Wooden described the benefits of PACE for the expansion of solar energy through Solarize Michigan: 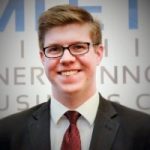 “We’re very excited that PACE has now been adopted in Midland County as it was previously adopted in Bay and Saginaw counties. That means we can go to commercial building owners and small businesses and help them manage their energy costs by tapping into renewable energy that has fixed costs. We can help offset either partially or completely their energy bills and give them a payback period within 7 to 10 years. After the payback period solar will create a positive cash flow in their energy expenses helping their bottom line. They won’t have to take capital away from their business because they can utilize PACE financing.”

First is the fact that when utilities have to purchase energy generated outside of the state, it is dramatically more expensive than energy created locally. He also discussed how the transmission of electricity over long distances leads to a loss of available energy for the end user. That energy is wasted and the loss can be prevented using Solar when it is generated on-site.

Skinner noted he has multiple companies considering the conversion to solar but prior to PACE the companies “couldn’t make the numbers work”. When asked to be more specific he stated:

“..most of the proposed solar projects have a 7 to 8 year payback period with an up-front capital cost. If a company has to borrow that money, or use their own cash, that cash is no longer available for other company purposes. If the payback is 7 years most companies won’t consider the project. They prefer a 3 or 4 year payback. If there’s no money out of their pocket there is essentially no pay back period to consider. That’s something that works very well for them.”

Ted Skinner’s opinion is that within 10 years solar is going to become the primary source of energy in residential and commercial settings. The primary reason backing up his prediction is the fact that the price of solar is plummeting as the adoption of solar increases. He noted: “It’s the source of energy for the future.”

The many benefits of using Property Assessed Clean Energy financing make converting to solar and renewable energy easy and affordable. In determining if a renewable energy project qualifies for PACE financing the best place to begin is a review of The Energy Alliance Group of Michigan’s PACE Overview document available HERE!