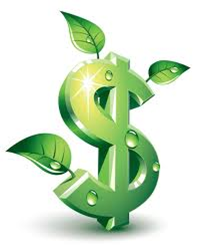 There are many exciting innovations taking place in the lighting marketplace and most of them have one thing in common – they reduce energy use and expense.

Since lighting makes up a large percentage of the energy used in the commercial / manufacturing setting, using cost effective alternatives can dramatically increase profitability.

One of the most common lights used in a commercial building is the standard fluorescent bulb. A fixture that contains the 2 to 4 fluorescent bulbs is typically installed in a suspended grid-work or mounted directly to the ceiling. The fluorescent bulb is tremendously more energy efficient than an incandescent bulb which wastes over 90 % of energy in the form of heat. It was the best option for many years but LEDs are now taking over in terms of energy efficiency as well as the quality of light and the fact that they are far less toxic (fluorescent bulbs contain mercury). There are currently 964 million fluorescent fixtures in use in the United States. Replacing those bulbs would dramatically reduce energy usage.

Most new construction projects as well as renovations are calling for LED lighting. The benefits of LEDs are many and I will list the most significant factors here:

If you are interested in energy savings and are considering a renovation of your building or business The Energy Alliance Group of Michigan has compiled a free report entitled Ten Questions to Ask Before an Energy Efficiency Upgrade! The report details the most important questions that need to be addressed before the launch of any energy efficiency project. To get the report simply click HERE.

The Energy Alliance Group of Michigan works with businesses and commercial building owners desiring increased profitability and environmentally friendly facilities through energy efficiency. That process often includes a reduction in energy use as well as an increase in renewable energy production