“If you can show us how LEDs create an advantage in the total cost of ownership over fluorescent lights, we’ll choose the LED’s!” 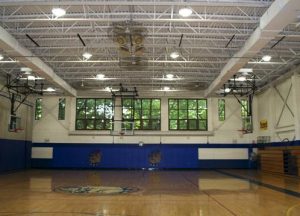 A school system in Chicago was in the process of deciding between fluorescent or LED lighting. One technology had a lower price while the other would cost less to operate. In order to finalize the decision the school board was looking for a way to compare the outcome of those two choices over an extended period of time.

One of the decision makers made a rather dramatic challenge to the LED manufacturer – “if you can show us how LEDs create an advantage in the total cost of ownership over fluorescent lights for a 10 year period, we’ll choose the LED’s!”

A 10 year total cost analysis was performed on the two options and by a significant margin, the best value was with the LED. The crossover point that gave the advantage to the LED was at year 5 (it would have been sooner if the school was not closed for 3 months during the summer). For the remaining 5 years in the 10 year analysis, the savings were significant for the long lived and energy efficient LED. LED fixtures won the contract based on the comparison of the Total Cost of Ownership!

The Chicago story was being told by Justin Palm, President of Lumerica, an LED lighting manufacturer. Palm was one of the panelists at the recent Keeping PACE With Energy Efficiency in Michigan event. Palm was explaining to the gathering of contractors, engineers, commercial property owners and energy efficiency sales reps that “It’s a whole new way of looking at energy efficiency projects!”

“Energy efficient lighting may have a slightly longer payback period but it’s likely you won’t have to touch or maintain these products for a long time, in some cases as long as 15 to 20 years. Therefore, in many applications, LED lighting has a significantly lower total cost of ownership than traditional light sources.” Justin Palm, President, Lumerica 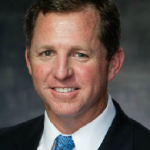 For Palm, who was involved in the negotiations with the Chicago school system, their request was a pivotal event. The primary reason was because it was such a dramatic departure from the typical decision making process most financial decision maker’s resort to.

Palm understood that the school system’s leadership was using a whole new way of measuring all the factors that should be taken into consideration when making energy efficiency decisions. Those factors have long term ramifications and play an important role in the decision making process that most sales people and decision makers overlook. Palm now includes the total cost of ownership in all of his presentations. It’s the same information that resulted in an easy decision to purchase LED’s by the Chicago school system.

In the absence of an understanding of the total cost of ownership most financial decision makers use a specific “payback period” to determine if they are going to make a purchase. If they buy $100,000 worth of LED lights, that saves them $50,000 per year in electricity and maintenance, the payback period is determined to be two years. Most companies set an arbitrary acceptable payback period that guides their decisions. If the payback is beyond that arbitrary point, no sale!

Using the payback period usually results in choosing the product with the lowest up front cost. What is not taken into consideration with that decision is what happens if the product only lasts long enough to get through the “acceptable payback period”? The company will find themselves with a hefty replacement expense, part of the cost of ownership, right at the time when they should be seeing the benefits of their initial investment! There goes the savings!

“There are many new concepts in the energy efficiency sector that individuals and business owners will need to grasp in order to better evaluate long term energy efficiency projects.” Justin Palm, President, Lumerica

A total cost of ownership analysis takes into consideration ALL the factors associated with a product over a specified time frame. Key factors include the initial cost, the average lifespan of the product, cost of energy to operate, maintenance frequency and expense (or product replacement), how the product is used, hours of operation, etc. An accurate understanding of these factors in many cases will lead to the conclusion that if a low-cost lamp needs to be replaced every year, but a more expensive lamp is rated to last for 10 years, the total cost of ownership will favor the longer-life product over the cheaper version. The low-cost option has a quick payback period but a higher long-term total cost of ownership due to the frequency of replacement.

Businesses owners are limited when it comes to the time and energy necessary for launching energy efficiency upgrades. If the process becomes too overwhelming it’s easier to default to doing nothing or just choosing the lowest price. Presenting the total cost of ownership for the various options can make the decision making process much easier since it’s a more accurate representation of the value energy technology decisions ultimately bring to a business!

The Energy Alliance Group of Michigan works with businesses and commercial building owners desiring increased profitability and environment friendly facilities through energy efficiency. That process often includes a reduction in energy use as well as an increase in renewable energy production.